Picked this up last night at the TNV show at Mercury Lounge with the Axemen…my friend Pat told me to look out for a tour only single at the merch table, and there it was.
Does a band with the power of Matador behind it have to press a split single, hand color the xerox sleeve and inscribe the inner label for their US tour with the Axemen? HELL NO.
But they did it anyway.
I have to admire this.
Plus they set out to educate an audience to a NZ band that probably deserves more due that I’ve never come across before, I’m always up for that.
Didn’t know anything about the Axemen before they went on other than the brief mentions at Siltblog after their reissue by Tom of a huge part of their back catalog.
I stood there watching thinking, ‘I’m sure these guys are important’ especially to the first few rows. I’ve been reading about their protest albums/accident (crash) into some government office in NZ, they weren’t in it for the money obviously.
I can respect anyone touring 20+ years later etc…but it just wasn’t my thing. The one time they got me was an insane hardcore blast, but honestly they didn’t seem happy about it. Have to dive further into the Siltbreeze catalog.
They cover each other on this thing which I wasn’t expecting at all.
The Axemen track on the single ‘SIcKh & TYRED’ is a great interpretation of the track from the TNV Stay Awake EP. I’m into it when they replicate the back and forth Beth Adam vocals. Sounds good.
They have to feel pretty cool that these guys covered one of their tracks for this. I honestly had no idea until I played it this morning.
Times New Viking on the other side cover ‘Rocks in my Heart’ by the Axemen. Which includes the lyric ‘Sick and Tired’ also I noticed…weird. They make this song fit into their catalog, emphasizing the pop chords and immediacy, all with just a touch their special fuzz. Excellent…can’t believe this really. I am honored guys. It’s too much.
Here’s Jared working on the covers…

The Daily Choice: Times New Viking – Rocks In My Heart 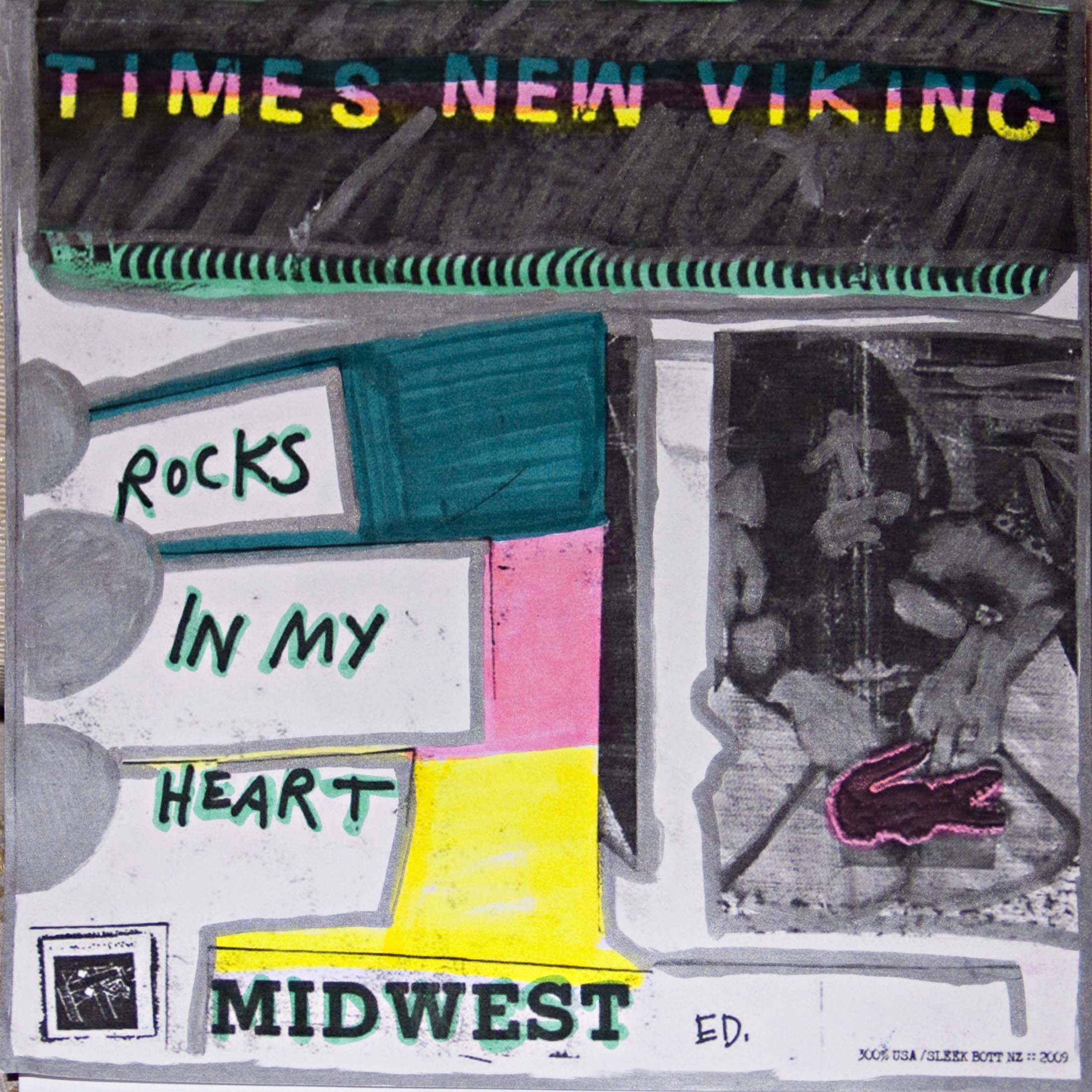 Times New Viking has shocked me twice. Once, sandwiched between sweaty stages in Austin, Texas, this band I’d never heard of, and whom I couldn’t see as the place was full far past capacity, played what seemed to be ear splitting noise for thirty minutes.  Months later, on what could be the least consistent bill of all time, Times New Viking opened for Annuals, and for twenty beautiful minutes, I felt my ears bleed with sonic love.  Two times, two times.
And lets call this a third.  I don’t know if there’s a newly formed sweet tooth amongst this trio, but “Rocks In My Heart” seems to follow the dirt-covered lollipop sound of their new album.  Sure, it seems like it tastes pretty good, but you finding bits of grit, or who knows what, stuck in your pearly whites.  A part of me yearns for the sonic assault, but there’s just enough here that I can digest the sugary sweet and keep on smiling.
Times New Viking – Rocks In My Heart (c/o The World Is A Drag)