aka Return to the Planet of “A Scar Is Born” 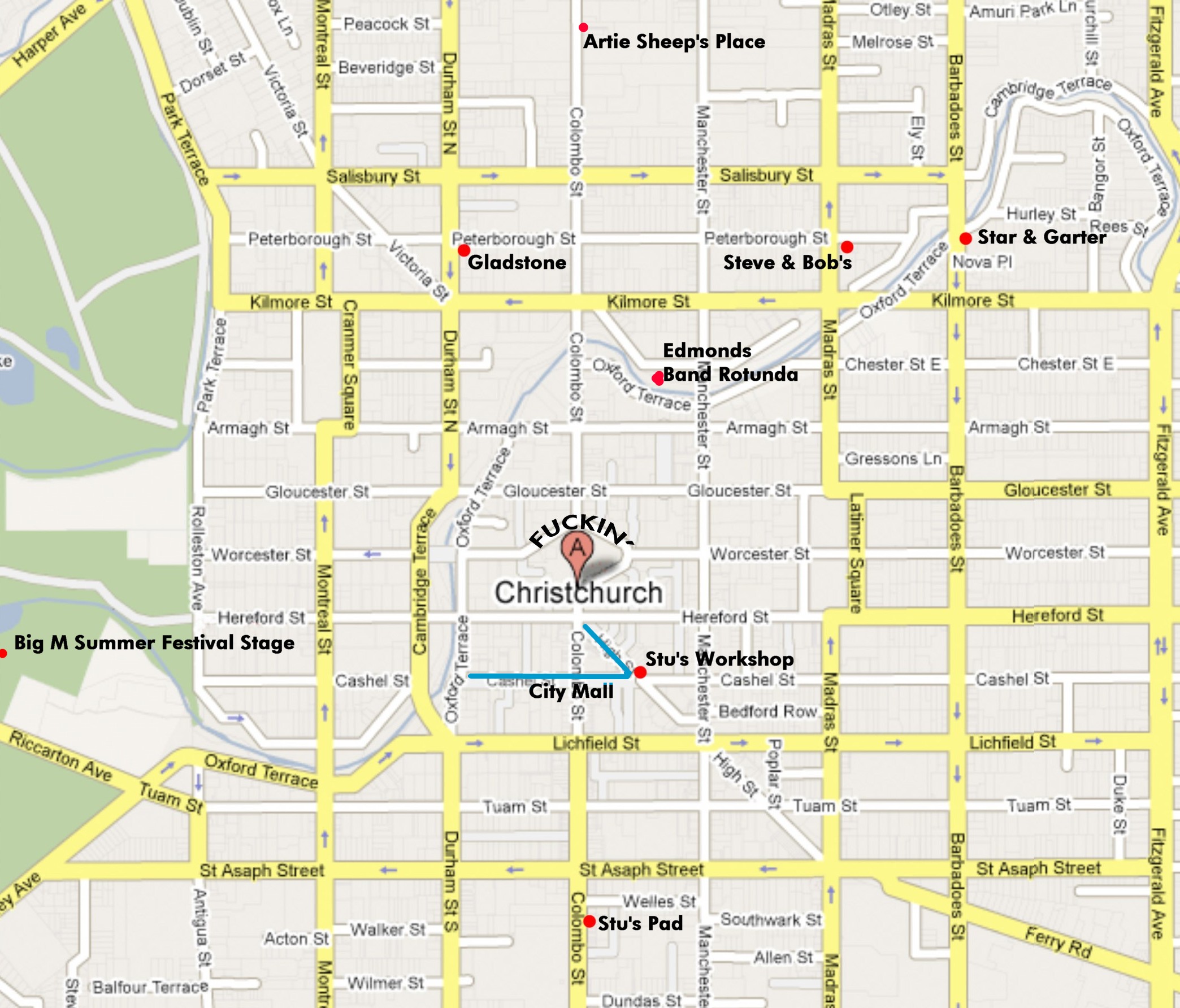 By January 1984, McCabe and Brannigan share a house in Peterborough St, inner-city Christchurch, with Steve’s then-girlfriend Virg, her sister Bernie, and Lisa Preston. Notice how said house is positioned: almost on a straight line almost equidistant from two pubs, the Gladstone and the Star & Garter, where the Axemen will play repeatedly over the next 6 months (with or without instruments).

Kowalski lives downtown in an upstairs pad (no lily-pad, but surprisingly sanitary) on Colombo St, next door to a brothel; he also keeps a workshop, by day an anonymous triangular lockup on the 13th floor of an unassuming tower block on High St, by night the location for hours of screenprinting (posters, stickers, t-shirts, album covers), tape-testing (after recording sessions at members’ homes and live performances), breezeshooting, pisstaking and all-round byyourwitsliving. It is INK INC HQ. Central Christchurch is soon plastered with Axemen posters, stickers, etc., as well as attention-grabbing graffiti, large & small, stencilled & freehand. 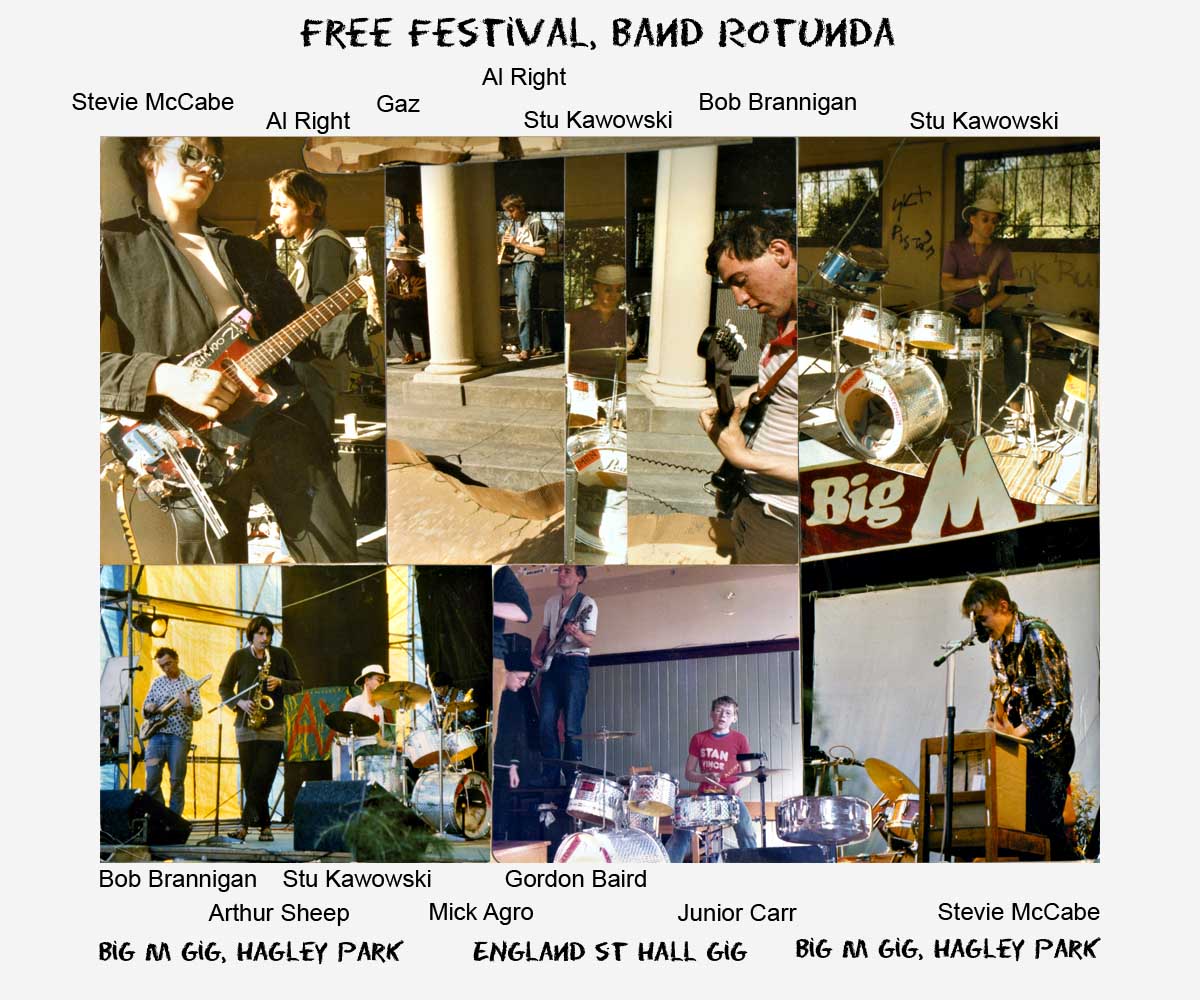 That summer the band plays at a festival in Hagley Park, the infamous Big M gig which leads to the recording of their protest album BIG CHEAP MOTEL. (That story will be milked in the future. It’s one any protest album fan would do well to get abreast of.)

The next couple months are devoted to gigging around Chch, adding members here and there, making forays into the Carlisle St-England St ‘Hall Circuit’ popular with punks (see Map 2b),

going to Wellington to play anarchic Rewa House gig (popular with anarchopunks), defining & refining the Axemen sound, and building up an arsenal of tracks to be issued on the next album, the scary 2-hour long A SCAR IS BORN. 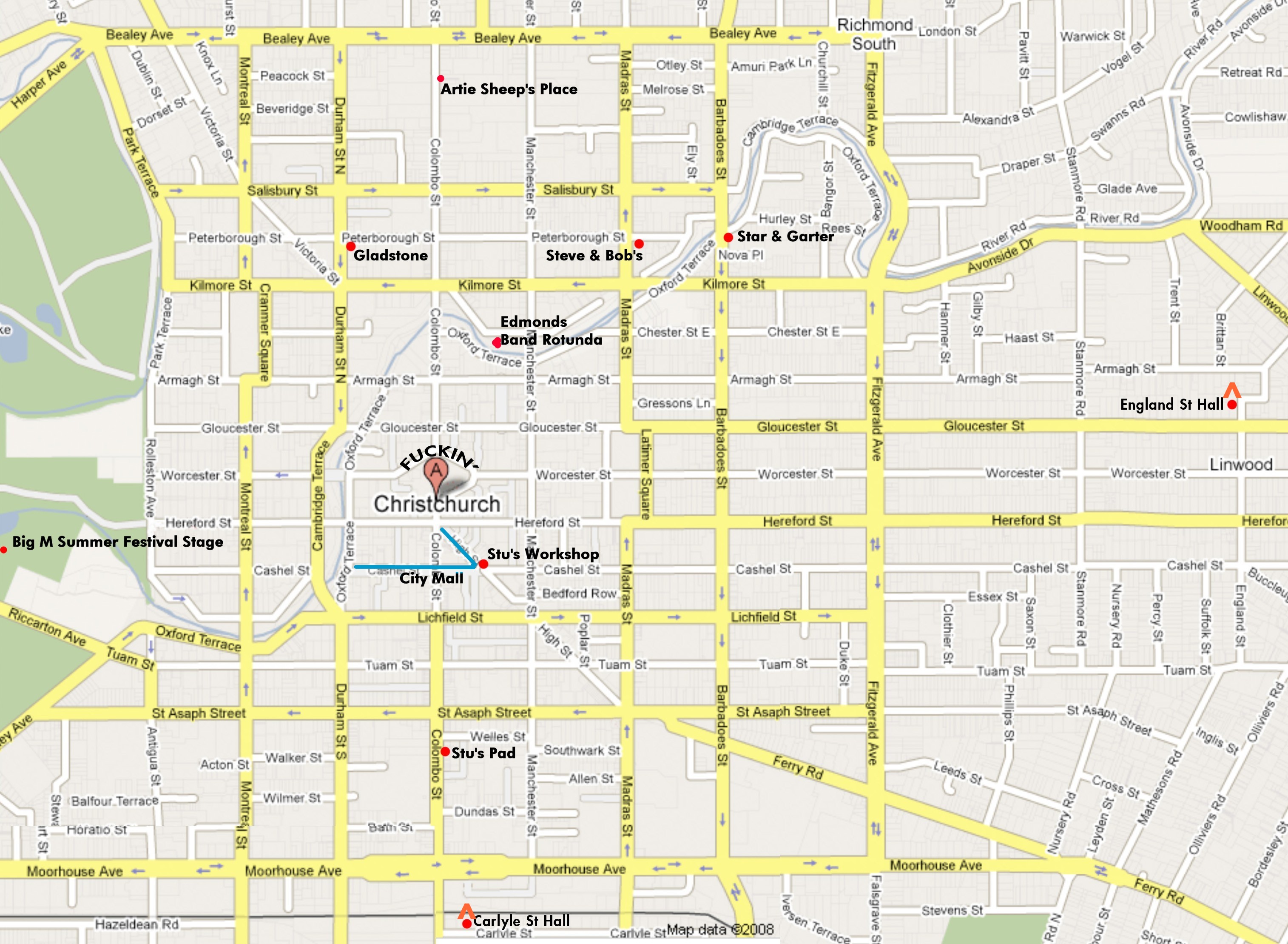 Today’s post features tracks recorded at the same time as the Scar sessions, around Feb-March-April 84, assigned to a cassette called DIRT GAME MIX but never issued until now. 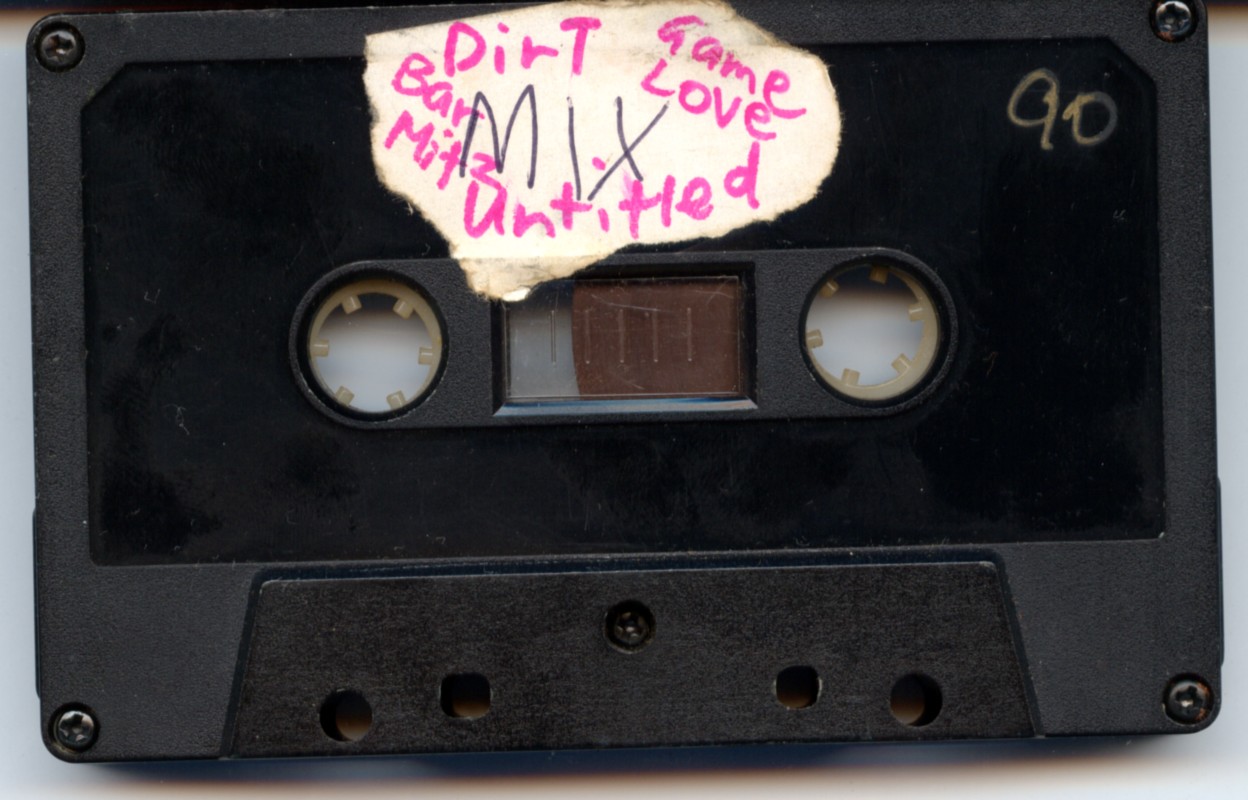 neverending circus (lisa preston-axemen)
–features Lisa P. on vocals. She also sang the first track on side 1 of A SCAR IS BORN (“Untitled”) and co-wrote with Steve & Bob the instrumental “Paté-On-Raisin Bar-Mitzvah” later on the same side. And lived at 212 Peterborough St. Axemen salute her!

untitled #3 (lisa preston-axemen)
–Lisa on vocals again. In the mid-80s she started the band Nux Vomica with Lawrence Lens. (Do drop the cyberAxemen a line sometime, L.P.)

big four-eyed dave
–this might actually be called something else, but it does sound like that’s what Steve’s saying.

phony on the phone

when the saints go marching in

i remember nothing (ian curtis)

One thought on “DIRT GAME MIX”