This is probably the first ever gig we did with M. S. Agro (“Mick”) on bass. I was still living in Dunedin. I bussed up to Christchurch and arrived at the pub minutes before we went on. Steve and I had square lights gaffer-taped to the top of our heads. I didn’t know half the songs but Steve yelled out the chords, only instead of names like EEG he used numbers like 003 etc. Stu recorded this on his walkman. There’s a version of this on the MICK’S DANCEFLOOR (MIX) album, but that was recorded at Hell Farm–this is the real live deal. We would return to the S&G many times over the next couple years. . . [BB] fickle red book 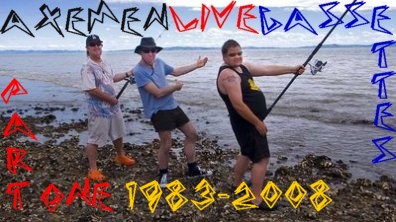