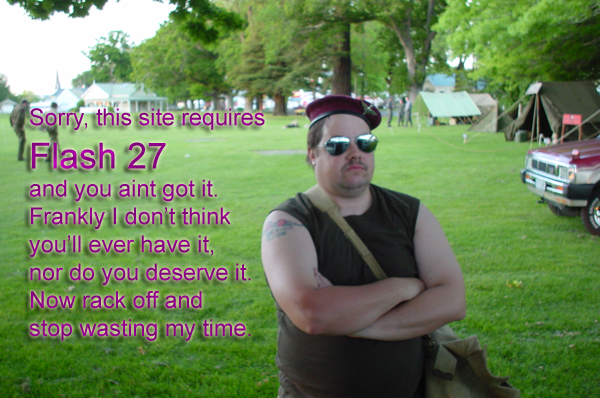 When Bob left Christchurch to join Stu in Auckland in the late 80’s (by this time Stu was starting to fall apart) Steve decided he would join the french foreign legion. Being a long time advocate of gun proliferation and a big fan of french food, it seemed a good idea at the time.

The escargot, the triple-cream deserts, the frogs legs, garlic bread and fine wine, all this and guns as well, it seemed a dream come true.

Initially it was. Steve laughed off the “there’s no AK-47s in foxholes” posters as he wolfed down the crepes, croissants and voule-a-vents that were liberally sprinkled around the recruiting office under the omnipresent tricoleuer flag.

Steve’s buddy Screamin’ k Hawkins begged him not to go, singing a (sadly, unrecorded) version of “Billy, don’t be a hero” with a chillingly brilliant segue into “Please Mister, Please! (Don’t play B-17)” and a reprise of “The nite Chicago died” thrown in at the end [I can still hear the plaintive “…and there was no sound at a-a-a-all… but the clock upon the wall!” <tick> <tick> <tick> <tick>]

Brushing off the nay-saying of his nay-sayer friends, {and the neigh-saying of his horse friends}, McCabe glibly signed up for the standard 5-year service agreement with the foreign legion. Fortunately, being fluent in french he was able to put a tick in the “no,thanks” box saying “I agree to lick the butt of the current prime minister of France, on demand, and in perpetuity, as requested, and possibly {but not necessarily} in public”.