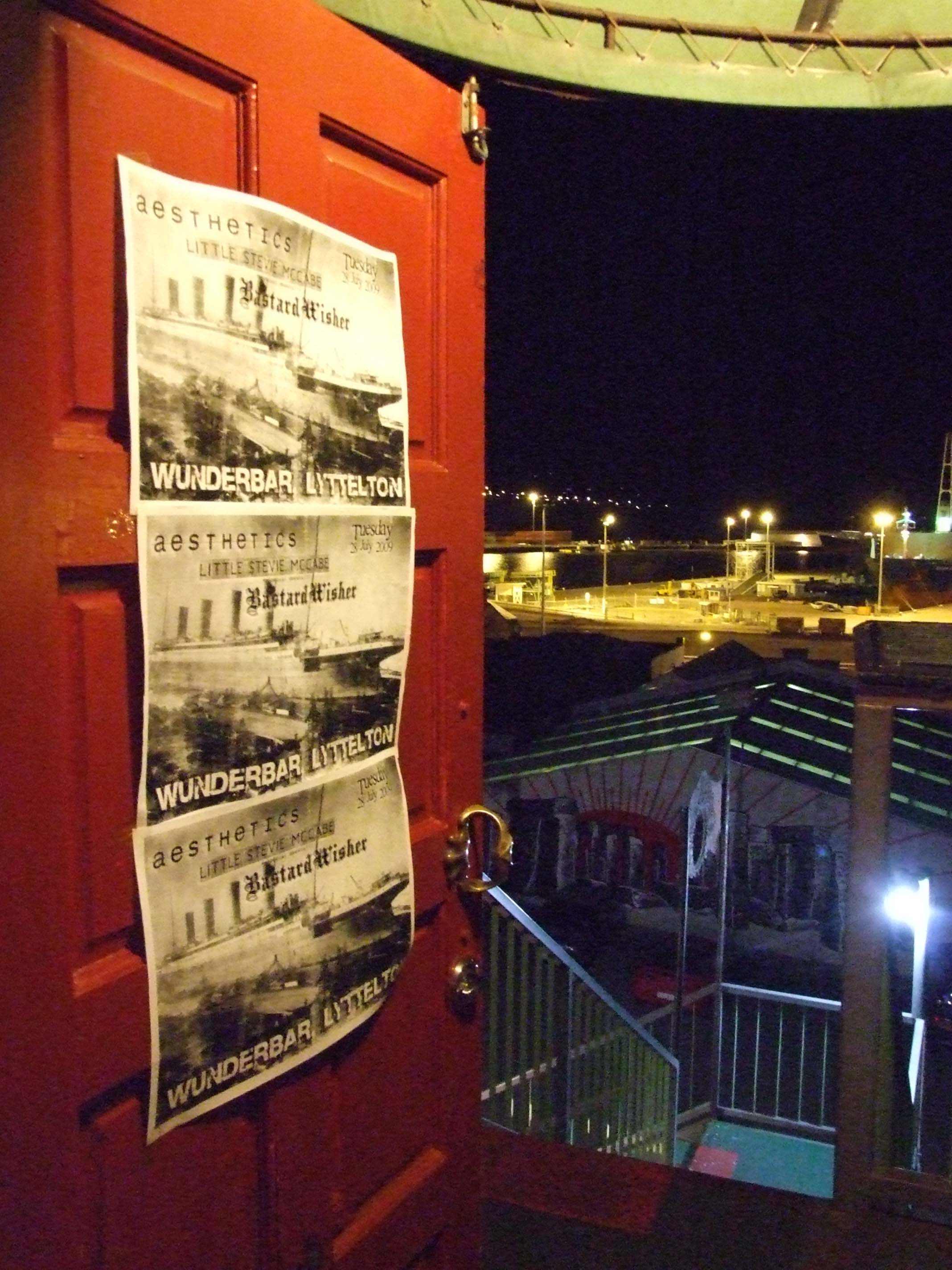 Gen X . The original punks, methinks the youngest of the Exers gotta be something like 33 or something. Ands there’s the ageism already. And thats the last of it.
And the Ugly Ambition get’s uglier and uglier and with brill creamed quiff’n’quim in the air and the hooting hops and testosteroney we all thought it would fall to pieces.

But salvage they do and on comes he the Little guy – Littl’ Stevie McCabe and his  gat’n’lappy, and blues as is orignal and as if as original and haast pass- haaart felt as you can linen!  Blues, riff and mulch! Audio that is – up up up the Stevie! Cause the bastards they wish!  And we’ve whipped it awl up! Ballad, plop and Kierkegaardens! Fellow puff knock colour dyke towels! Rockin on over to your best And Band tickle-me-punk!  Roster, roster outward bound to be schtoopid in Mickleodeon ! Oi Oi! Harden up! They actually told me to wear a hat! And those ballads and blues sawngs kept -a comin’! And the adrenaline flowed like lava! and mines immunes seeestem did chatter unt chortle. And the nazis and the jews didst fooozball! And the ROXY musics did SHINE! Sax and all! And meaning went home for christmas dinner! Then the bastardwisher set dried up the air and it was special interest sessions abound. Flights of plunder-beato and post-bonk riffer-refer-ama all making us blush and sneer. Blush and heave-ho ‘harden-up’ skin skin oi oi ‘this ain’t ’76’ bitches snitches and ditches. Jobs and slobs. Hogs and Dogs. Ruffle the feathers of Sunni england. Because opium is live and dangerous and the answer to all you prayers. As is Saint Barnaby. Tracker. Akka Dakka. And next was The Aesthetics. Ruffed up and tuffed up and seering. And oh the agony. And I wanna thank ya.

One thought on “wunderbar REEVIEW PT ONE”