What the hell happened here?

Maybe there was a time before the Axemen existed, before there was a Steve, a Bob and a (holy) Stu but surely this is accepted as almost an irrelevance[1] as what was to come afterwards rendered any previous existence irrelevant. Of course the discovery of other life forms in future years such as the Dragans of Wellington, the Faigans and fabled Hamiltons of Christchurch spell out the facts that the axemen were far from an isolated case in being a brilliant group of impoverished musicians living in the cheapest possible flats in a moderately affluent city by choice (‘yeayarr, we are the real deal muddah, some of us workin’ some of us out on da street, some jus bein’ the niggahs we are and livin our life widdout da man holdin us down!” Shee-it!)

A Time, a place for us which ultimately deserves its own history… 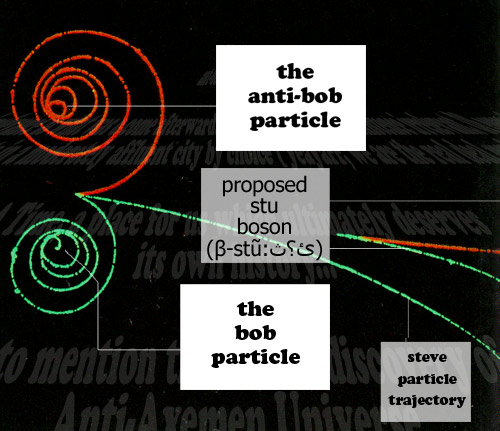 …not to mention the recent discovery of the Anti-Axemen Universe

To avoid confusion future references to the anti-Axemen in this article will be referred to using the following terminology: