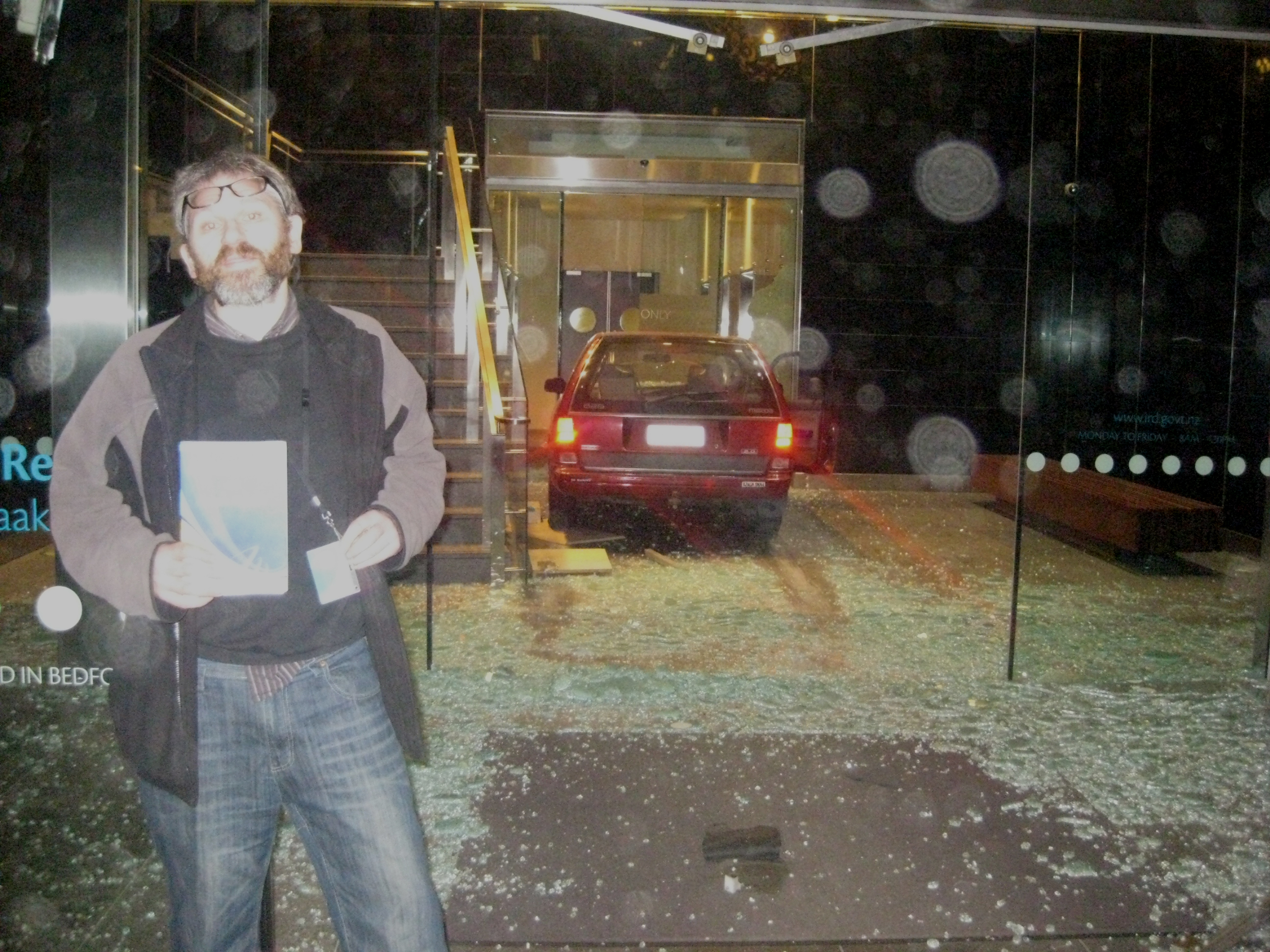 On Saturday August 16, 2009,  Axemen Taxman, grunty bass player and disgruntled employee Mick Elborado decided he had had enough and wasn’t  going to take it any more after years of abuse from the IRD.

Driving into the place that had been his nemesis for the past 25 years he felt an eery calm as he took the final turnoff, revved the vehicle and drove through 3 plate glass windows and into the reception area, then stepped from the car taking care not to trample the glass into the new carpet – “I didn’t want to get in trouble” – and calmly waited for the police to arrive.

On their arrival he quipped “Its OK officer, I work here!” as they cuffed him and hauled him away. 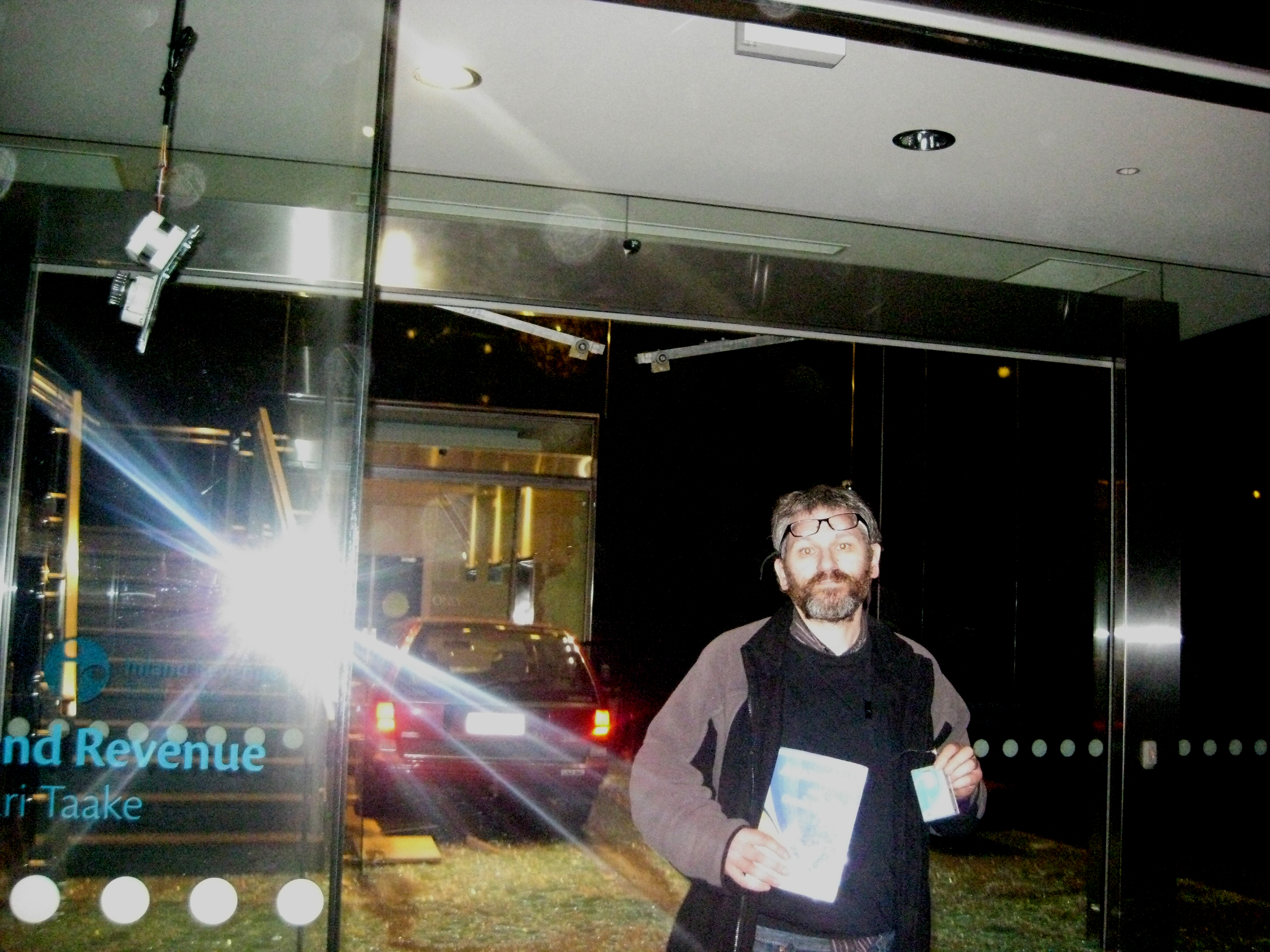 Its OK Officer I work here!

When asked for a quote about the split he cited musical differences and wanting to spend more time on his private projects – “My dentistry business is really picking up!” he chirpily quoted to one reporter.

It was fairly obvious robbery was not the motive, in fact as with many people that come through these doors he later noted he later checked his wallet and realised he had left with $150 less than what he came in with. “Even after all these years I still don’t know how they do that” he noted, shaking his head. 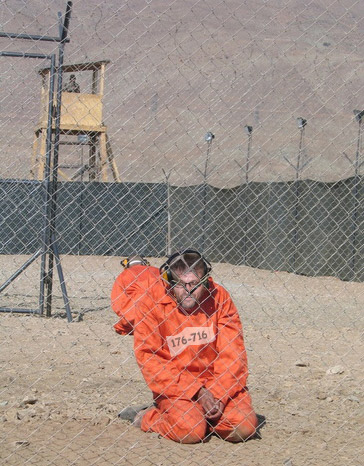 After 6 hours in the infamous Sydenham Prison he was put out on the street on bail with his brother Des.

We will be following his case with interest and keeping you posted.