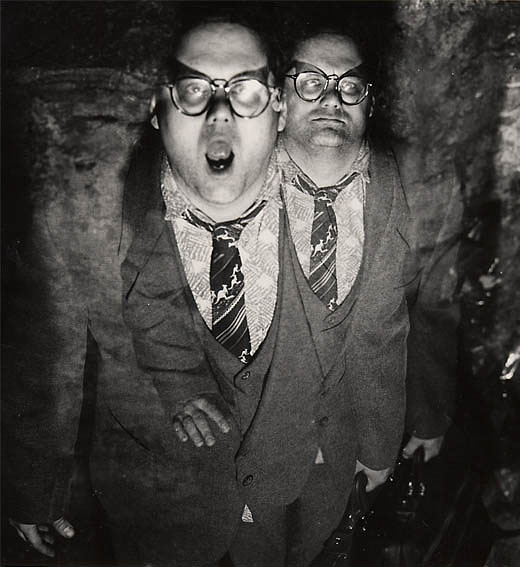 Jan 22 – Wellington – Happy, with Sign of the Hag, Manimanima and Basketcase

Jan 23 – Wellington – Happy, with the Bad Blues Band and others

An innovative guitarist and a true maverick of modern American music, Eugene Chadbourne has spent his career both undermining and energizing the contemporary rock scene, ignoring all of the barriers traditionally placed between folk, blues, country, jazz, and rock. In addition to working within these Western formats, he feels just as comfortable exploring the sounds of various other cultures, often incorporating Asian and Middle Eastern styles and instrumentation into his creations. Likewise, his trademark electric rake–a lawn rake fitted with a pickup–further demonstrates the musician’s knack for discovering new sound possibilities. “One of the things I liked about the music in the ’60s was how weird it got and how many sound effects were on the records,” Chadbourne told Los Angeles Times writer Josef Woodard. “I really missed that when we started weeding that out of rock.”

Because of his penchant for combining various forms, as well as inventing his own sound devices, critics find it difficult to place Chadbourne and his growing discography neatly within the scheme of American music. “He is many things at once: a hillbilly improviser, a self-made raconteur, a pop gemologist and a new music eclectic who mixes up jazz, folk, noise and neo-vaudeville,” noted Woodard. Nonetheless, the frizzy-haired Chadbourne has remained one of the underground community’s most famous and well-regarded eccentrics since the mid-1970s. In the 1990s, he found a wider audience surprisingly more receptive to his music than in the past, and enjoyed growing success. A man of self-reliance, Chadbourne regularly performs in odd places, such as record and book stores, as well as in smaller clubs and fringe music festivals. With no set lists, anything is liable to happen at a Eugene Chadbourne gig.

Chadbourne, born on January 4, 1954, in Mount Vernon, New York, grew up in the cultural hotbed of Boulder, Colorado. As an adult, he made his home base in the community of Greensboro, North Carolina, where he lives with his family. Raised by his mother, a refugee from the Nazis, Chadbourne took up the guitar at age 11 after watching the Beatles perform on the Ed Sullivan Show. In high school, Chadbourne played covers of Bob Dylan and Jimi Hendrix with various bands. Hendrix, in particular, became an important influence, prompting him to begin experimenting with distortion pedals and fuzzboxes, as did protest singer Phil Ochs, an early rival to Dylan. However, Chadbourne soon grew tired of the conventions of rock and pop. Thus, he traded in his electric guitar for a Harmony six-string acoustic and learned to play bottleneck blues.

Jazz, too, served as an important formative discovery. First came exposure to John Coltrane and Roland Kirk, whose music puzzled him initially. Before long, however, Chadbourne found himself hooked on the whole catalog of the 1960s black jazz revolution. Some of his favorites included Charles Mingus, Eric Dolphy, Pharoah Sanders, and Ornette Coleman, as well as England’s free improviser, Derek Bailey.

After recording his debut, Chadbourne delved further into more experimental music, building connections in New York’s “loft scene” of avant-garde artists throughout the 1970s. In 1977, he played on Frank Lowe’s Lowe & Behold alongside Billy Bang. Also during these years, John Zorn and Chadbourne, along with cellist Tom Cora, made notorious ventures into the Midwest with improvised country and western implosions.

Although Chadbourne became a leading figure on the improv scene, he returned to his initial interest in the folk tradition as well, taking a stand against corporate America and worldwide militarization and industrialization. He would often forsake his instrumental abilities in favor of a hard-hitting approach, living up to his personal vision of rock as a revolutionary form of expression. Through his myriad influences, Chadbourne soon carved out his own unique style, one comprised of protest music, free jazz, and noise experiments.

Throughout the following decade, he continued to collaborate with a variety of artists and explore various musical genres, releasing countless records with other musicians and a lengthy string of solo albums, most on his own Parachute label. One of his most recognized genre-bending projects included 1980’s There’ll Be No More Tears Tonight, a reunion with Zorn, which was an album Chadbourne self-styled as “Free Improvised Country and Western Be-Bop,” as quoted by Robert Murray in Rock: The Rough Guide. During the early part of the decade, Chadbourne also garnered some mainstream attention for his work as the frontman of Shockabilly, a rockabilly/revisionist outfit that also featured well-known producer and power grunge guru Mark Kramer. With Shockabilly, the East Coast reply to the Residents, Chadbourne tapped into the energy of rock music’s folk roots and made rock covers into noise rides.

After the group disbanded, Chadbourne released the folk/country album LSD C&W in 1987. That same year, he joined the band Camper Van Beethoven for a cover project. He has also recorded with musicians ranging from Fred Firth and Elliott Sharp to Evan Johns and ex-Mothers of Invention drummer Jimmy Carl Black, with whom he virtually rewrote the songs of Frank Zappa and Captain Beefheart. Additionally, the guitarist is credited with giving greater musical validity to 1960s psychedelic bands through his deconstructed covers of songs by Tim Buckley, Love, Pink Floyd, and others.

While Chadbourne himself says he would like to be remembered as the inventor of the electric rake and the dogskull harmonica, his noisy guitar, intelligent songwriting, and left-wing political stance have made him a somewhat unexpected cult hero. However, as Murray pointed out, “Chadbourne is most compelling as a live performer, switching at ease from electric guitar to banjo, zipping through a tune that sounds totally improvised and yet recalls something buried in the collective folk memory, like a punk Burl Ives, whipping off his spectacles to scrape them down the fretboard, adding another dimension to his wonderfully pixilated sound.”