On 29 Jan 2009, the Axemen fulfilled one of their lifelong dreams, meeting and playing as humble support to legendary musicologist, Shockabilly geezer, generally dexterous solo artist and fellow mayhem cohort Dr Eugene Chadbourne. The Axemen played a short sharp set as a 3 piece, the first time in 16 years Stu Kawowski, Bob Brannigan and Steve McCabe had publicly aired their particular brand of rock’n’roll as a cohesive unit, and sounded as if they had never put down their instruments.

On the verge of the worldwide re-release on new vinyl of their legendary 1984 protest album “Big Cheap Motel”, the lads whisked through a timewarp of tracks covering many crucial aspects of their long, speckled and bespectacled career – the Dunedin years, the Christchurch years, the Frisbee sessions, the Auckland wilderness years – all encapsulated in their electrifying 20 minute set. 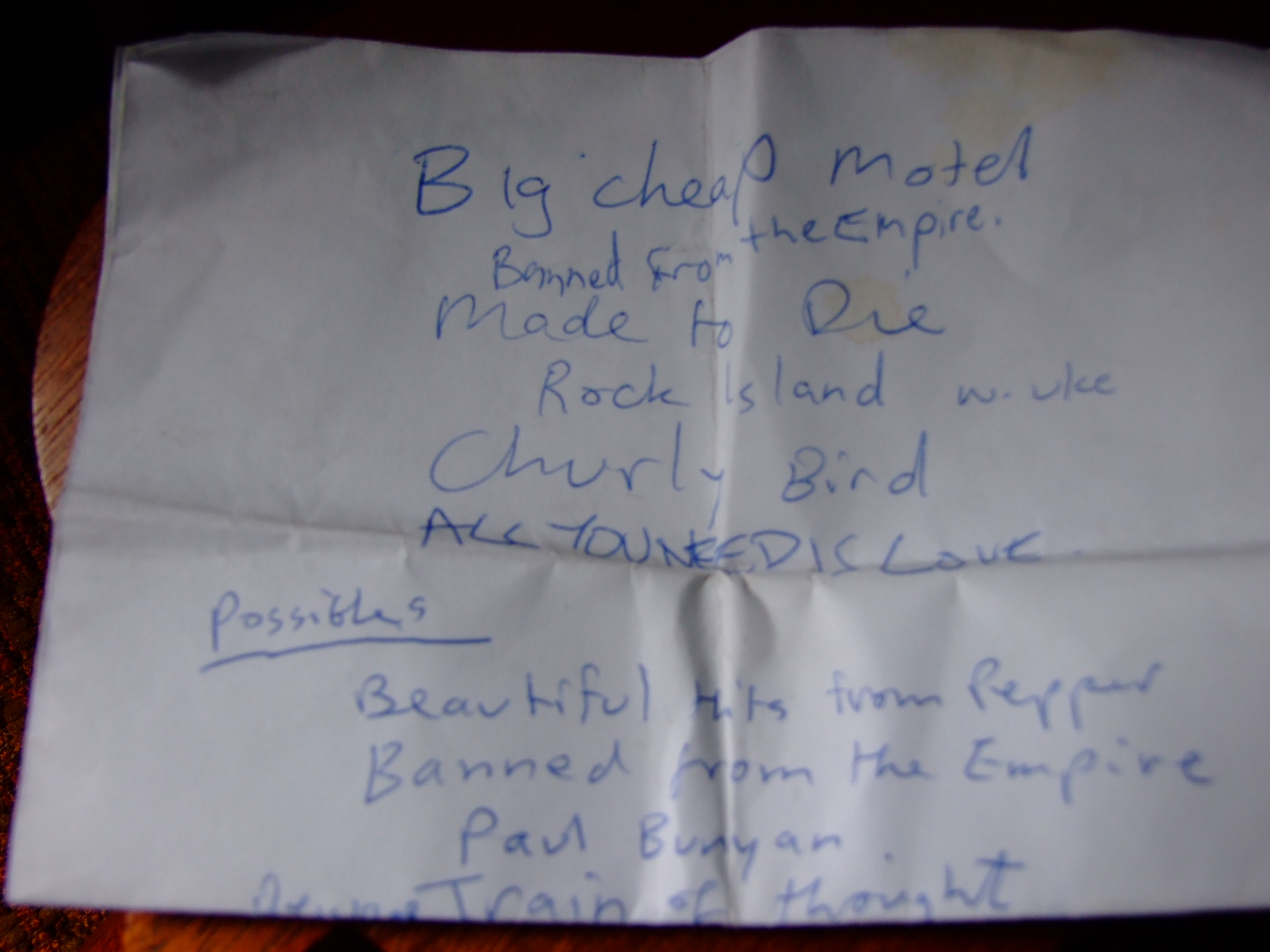 After complimenting the boys, (“Wild set guys!”), Dr Chad proceeded to perform a chilling fingerpopping solo banjo set before taking a quick break, during which time McCabe stumbled across the stage to pick up his guitar and inadvertantly stepped on Eugene’s infamous electric rake, inflicting horrifying facial injuries which doctors say will likely scar him forever (“that’s rock’n’roll!” McCabe shrugged to the waiting papparazi).

After playing a blistering set with the Vitamin-S guys on bass, drums/percussion, stratocaster-slide and vibraphone the Chad-meister, obviously fired up and hepped out on steroids, pushed his way across the bar to Bob Brannigan and proceeded to arbitrarily pick a fight with him, deliriously warbling about being the best pummeler in the land of the long white cloud… Brannigan, in a foul mood after missing his evening insulin shot, stepped up to the plate, accepted the challenge and proceeded to take the pounding of his life.