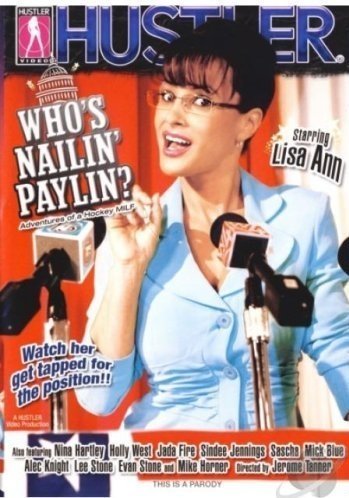 “…Pleasantly skewed junkyard Buddy Holly rhythm lines played atop walls of distorted uber-rock riffs that contain the weight and force of a Flipper-like death dirge and the occasional saxophone blurt frame the basic vehicle for the band’s Brautiganian lyrical worldview... ”

Outside of a few ardent music fans, hipsters and record collectors, how many Americans ever heard of the Axemen before the Siltbreeze reissue campaign? I’m guessing not many of us had the pleasure and, yet, the band steadily released albums throughout the last two-and-a-half decades. At face value, it seems like the band just wishes to entertain themselves and devotees by performing and recording their take on the music they enjoy. These hermetic tribes usually end up being the most effective musical acts because their mission really cannot fail. If the mind’s creation gears continually turn and you possess the unique ability to, at once, channel and transform the music that inspires you, not much could go wrong. Such is the case with the Axemen.

So, TJ Lax provides the public with a vital service and a history lesson by releasing not one but two Axemen reissues in 2009. The first installment, 1984’s Big Cheap Motel, proves why this band deserves the reissue treatment and the attention it will likely receive by bearing the Siltbreeze tag. Like a more cohesive version of their UK brothers from other mothers on the Street Level Records roster, the Axemen kick grimy, postmodern, crooked punk-jazz sermons filtered through a boombox haze and serious subject matter that is littered with in-jokes. Milk, sexism and breasts all factor into a biting take on UK anarcho-punk lyrics soundtracked by a serious defacto homage to the aforementioned Street Level sounds.

In fact, the second tune on the album—billed as a rehash of album-opener “Big Fat ‘M’”— sounds like a looser a Good Missionaries outtake tracked on top of a Danny and the Dressmakers tune. A dense, plodding rhythm line lays the grounds for a strange, possible anti-sexism rant wherein the singer exhibits the same off-kilter, slurred sing-speak vocals as Mark Perry. Interrupted by chatter and greasy guitar-driven sound experimentation, the song detours into a shapeless pile of intersecting ideas before briefly rising back into its initial structure. The results of the expedition on the second rendition of “Big Fat ‘M’” could be disastrous and annoying if its slant on song construction continued for an entire album.

But the Axemen duck this possible pitfall and keep Big Cheap Motel fresh and exciting by providing a home base of sound to which they can return after their journey into a foreign territory commences. Songs like the title track and “The Pornographic Milk Drink” showcase this sound without sacrificing the variety of execution techniques that runs through the album. Pleasantly skewed junkyard Buddy Holly rhythm lines played atop walls of distorted uber-rock riffs that contain the weight and force of a Flipper-like death dirge and the occasional saxophone blurt frame the basic vehicle for the band’s Brautiganian lyrical worldview. “The Pornographic Milk Drink” contains rotating metal spoke on a ferris wheel guitar leading into a sludgy sewage drain of a riff. Lead guitar lays the groundwork for a boogie-infused take on the band’s sound, as big ‘70s hard rock sounds collide with the band’s surrealist take on Crass Records political sloganeering.

Built around a thick guitar line that is distorted until it becomes a fluid conveyer belt of sound, the title track reaps the benefits of its relative simplicity. The mantra of “Big cheap motel/ Big Tamla motel” pairs with the lava guitar flow to form a song that would work fine with guitar and vocals. But each time the Axemen run through things, a slight variation on the initial theme seems to arise on the next go-round—an off-rhythm guitar line, extra guitar fractures, a more minimal drum beat. The initial riff melts into small, blurry guitar bridges. A faux-Dick Dale guitar construction spackled in the cracks of “Big Cheap Motel” wanders to whatever rhythmic variation that the guitarist feels best compliments the tune. All the slight variations keep the sense of adventure that Big Cheap Motel showcases intact. 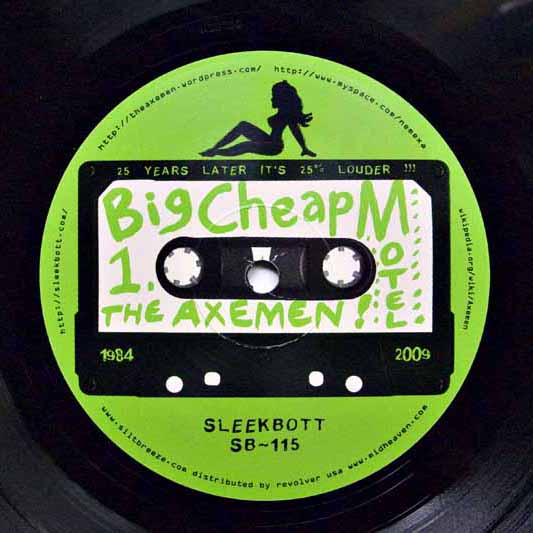 Big Cheap Motel is one of those records where you can imagine the band’s thought process as they delve into any musical alleyway that pleases them. Though the names and age range of the band members are hard to discern from the liner notes (the insert contains poorly Xeroxed photos of the band and each band member’s name printed in black magic marker with an arrow pointed to his place in the photo), Big Cheap Motel contains the wide-eyed looseness of a bunch of kids in a garage trying to mimic the music they enjoy. Let’s do a hardcore tune. Let’s try inserting a drill sound on this one. The refreshing results vary wildly from the artists’ that may or may not have inspired the Axemen but the band’s affinity for the challenge and reward of artistic creation shines through.