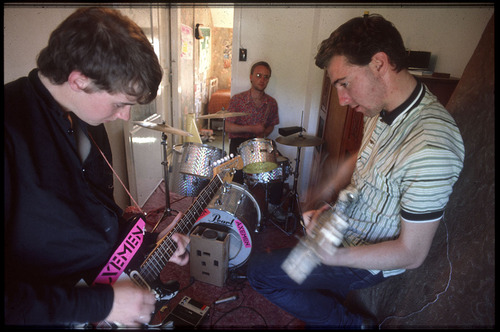 Ryan: The Axemen’s membership was always fluctuating.
Steve: We had a good range of Christchurch and Dunedin musicians in the band. If you’ve seen our Wikipedia page, you can see all the people who’ve been in or performed with the band.
Ryan: On Three Virgins there’s a recording of you talking with an American about Beverly Hills and Mardi Gras. Do you recall who you were talking with?
Steve: No. I don’t remember.
(Stu: That’s actually me talking to a Taxi driver in LA and recording it on my Sony walkman, 1982.)
Ryan: There’s also another conversation on Derry Legend (1987) where you’re being interviewed but replying with unrelated answers—about how the New Zealand dollar is weak. It’s pretty funny.
Steve: We had a lot of abstract ideas. It had to do with stream-of-consciousness. Three Virgins is a good example of that mindset. Everything just sort of flowed out without any hesitation.
Ryan: What kind of reaction did The Axemen get from people in the middle ’80s? I imagine your sound was a hard sell to some people.
Steve: The variety of genres was probably a good thing. We had a lot of jokes in our songs. If people could understand the lyrics and pickup on the jokes, I reckon that was a good thing as well; people like jokes. We didn’t take ourselves too seriously.
Ryan: The Axemen recorded just about everything they did.
Steve: Yeah. I still have all of the cassettes. There are about three hundred of them.
Ryan: Unbelievable! Are these tapes mostly of live shows or home recordings?
Steve: A bit of both. I always preferred recording to playing live. I got a four-track recorder in 1986. We did a lot of recordings on that. We used to record our practices and do overdubs on them later. We released a lot of cassette tapes that didn’t show up on Flying Nun. They’re not available at the moment. We used to screen print covers for them.
Ryan: What was The Axemen’s relationship with Flying Nun like? I imagine the financial loss of Three Virgins might have caused a bit of strain.
Steve: Flying Nun did eventually sell all of the pressings of Three Virgins and Derry Legend. It did take them a while to sell them though. Tom Lax just rereleased Three Virgins on Siltbreeze. He was pleased with it and did two more of our records. I don’t know if Flying Nun lost interest or what but there was a demand for those albums.
Ryan: They haven’t done a great job rereleasing their back catalog. If you want a vinyl pressing of (The Clean’s) Boodle, Boodle, Boodle you’d better have ninety bucks on hand.
Steve: They haven’t. I’ve seen original copies of Three Virgins go for good money too.
Ryan: Derry Legend hasn’t been rereleased yet. That record goes for fifty bucks.
Steve: Yeah. Derry Legend is being rereleased soon. Dustin Travis White, who did live sound for us on The Axemen and Times New Viking tour, is going to rerelease it on his new label, Luxury Products. Stu remastered it all on analog for the reissue. It’ll come out after Sac Tap Nut Jam. Sac Tap Nut Jam is completely digital. Hearing those two records back to back will be interesting.
Ryan: You released your solo LP Sweat It Out (1986) around the time of Derry Legend.
Steve: I released a whole lot of solo cassette stuff too. The EMI record pressing plant in New Zealand closed down around that time. It was the only plant in New Zealand. I did release one single after Sweat It Out. Then I did about four or five cassettes on Sleek Bott.
Ryan: Did it become cost prohibitive to release records after the New Zealand EMI plant closed down?
Steve: It did. New Zealand record companies would go through Mushroom (large Australian independent label). It became more difficult for them to press up records. For individuals it really became too difficult. 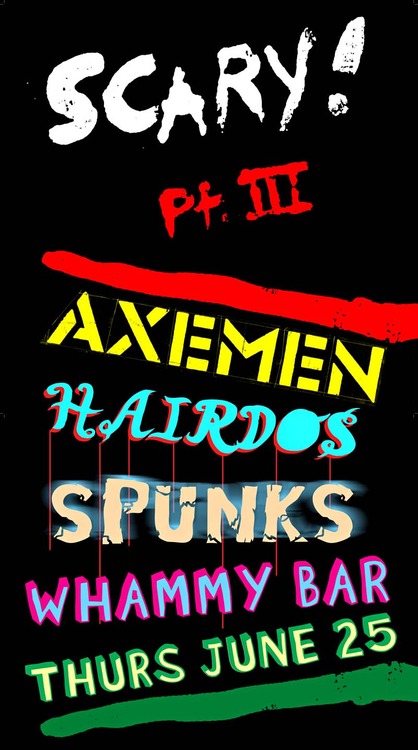 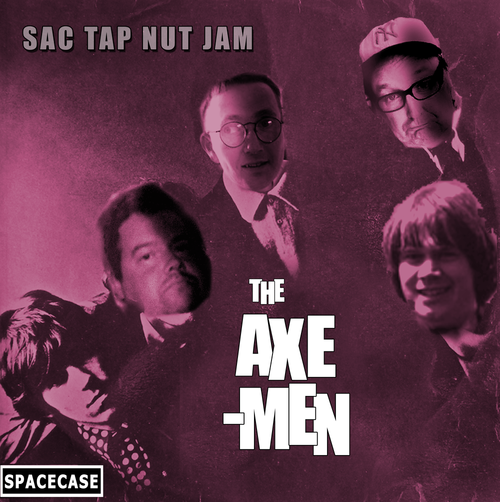