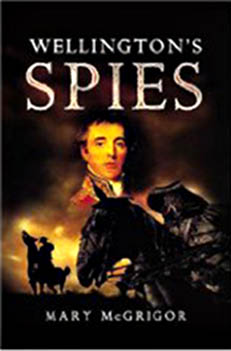 George Henderson’s move to Wellington was notable for many reasons, including the formation of the band THE SPIES, sharing  Chris Plummer with the legendary Shoes This High.

The full lineup of the Spies consisted of:

Note the tradition of folly artist has been a kiwi tradition beginning with (notably for rock bands that is) BLERTA and SPLIT ENZ, the ENZ’s Noel Crombie being effectively a non-participating (spoons and tambourine solos excepted) musician but an intense and integral part of the band, being hugely influential on their ‘look and feel’ and the concept (long before it was widely fashionable) of having a specific ‘image’ for the band. Note this had been done in a general sense with bands such as the Rolling Stones, the Beatles and Herman’s Hermits, but this was on a much more general level, promoting ‘good boy’ / ‘bad boy’ imagery in a more or less generic way, ie suits = good, leather jackets = bad. Crombie’s whacky haircuts and stylish, well-constructed yet quirky suits gave the band their own dignity, their own character / look and feel, over and above any intrinsically ‘kiwi’ characteristics the band may otherwise have exerted had Crombie not have been a part of the mix during this period.

The addition of a clownish entity to be an integral part of the live show was widely accepted amongst the band community in New Zealand at this time, and The Spies (and the Axemen in later days, taking on Brent Hayward (STH, Smelly Feet) and Davey G (Gestalt, Marty Source and the Source, EOE) as interpretive dancers in the 90-92 period) were no exception; Mark Thomas making the move to Wellington specifically to fulfill the role, horns and all.

To this day it is saddening to me that such a talent was taken from us too soon, as is of course the case with Screamin K Hawkins, gone forever but in no way forgotten. I can still hear him raspilly singing “I want My Pension” right into my ear, his scraggly beard rubbing against my cheek and the occasional relic of spit clicking on my eardrum…. take me back to Africa…

One thought on “The Spies Who Loved Me”